The final report of the NT Fracking Inquiry has just been handed down, and Michael Gunner and NT Labor’s decision could come within the week.

The government report has concluded that despite unacceptable risks and further investigation needed, fracking can be managed to ‘acceptable levels’. Even more shocking is that the report acknowledges that it CANNOT determine the impact of fracking on groundwater, wastewater and the climate.

How many sick kids, wastewater spills, heat waves or truck accidents will it take to protect communities?

The gas lobby is breathing down the neck of the NT government, so we’ve got to put the pressure on to make sure these key decision makers side with the community, who don’t want fracking to go ahead.

Water is life for Aboriginal communities. NT Labor simply cannot experiment with water and communities by allowing fracking to go ahead when their own inquiry said there are so many uncertainties.

Communities across the territory, including those who would be most affected, have been calling for a permanent territory-wide ban on shale gas fracking - from Borroloola, to Alice Springs, to Mataranka, to Tennant Creek and beyond.

The final report has only exacerbated fears, making it very clear that it will be Aboriginal land that is fracked. Let’s be clear, Aboriginal communities do not want fracking and do not want to be forced off their land by gas companies. 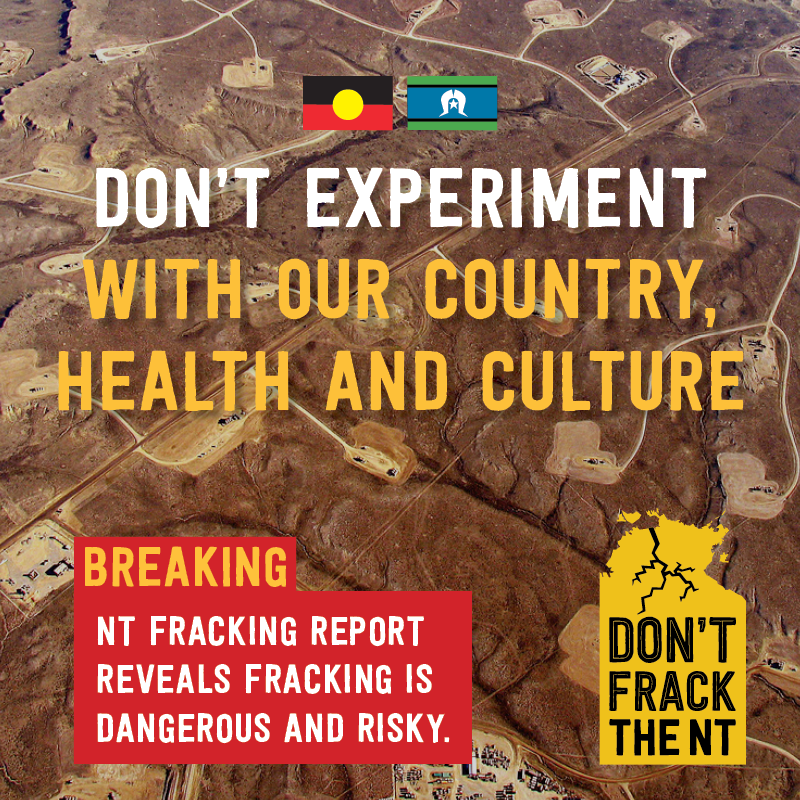 This report goes on about the risks of fracking but their mitigation strategies are weak when Australian governments have never successfully regulated the fossil fuel industry, nor have any recommendations, inquiries or reports into Aboriginal affairs produced outcomes for our people.

Send an email to key decision makers in the NT - demanding that fracking be banned and water protected, click here.

Together we can be more powerful than the gas lobby, and show the Government that there is a movement of people who won’t stop until fracking is banned and communities are protected for the long term.

For country, for culture, for us,
Nicole, for the Seed and AYCC team