On Wednesday, courageous Traditional Owners from the Origin Energy fracking permit areas of the Northern Territory travelled all the way from Minyerri to Sydney to challenge gas giant Origin Energy at their AGM yesterday.

I wanted to let you know how it went, and where we’re headed in the fight against fracking. 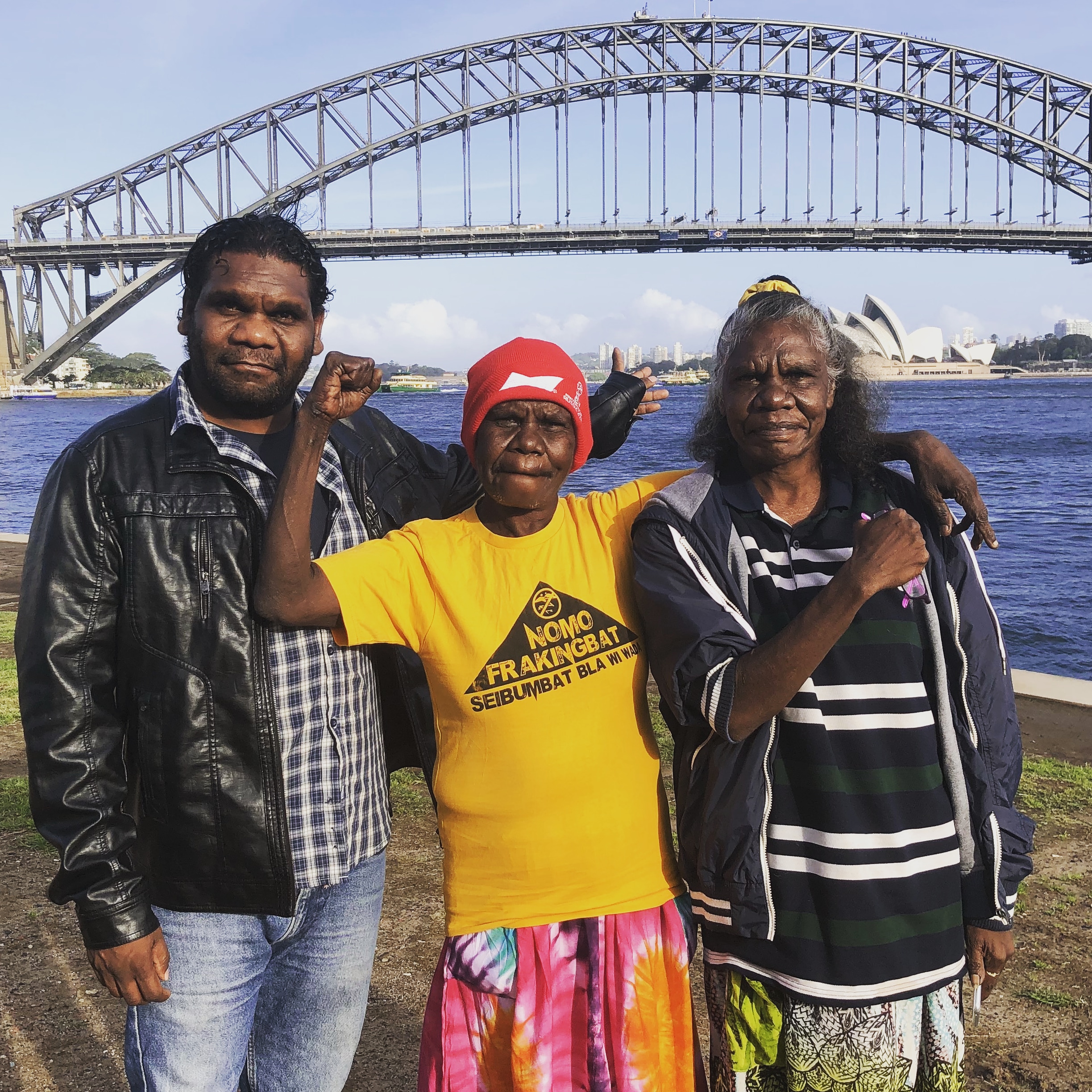 Stuart, May and Stephanie were so staunch speaking up to the Origin board

Out the front of the AGM, we made sure that shareholders got vital information about Origin’s fracking plans with a special booklet, and we made a lot of noise in front with a strong crowd there to support the Traditional Owners and stand up against fracking.

Inside, most of the questions from the floor were about fracking the NT or climate. It was great. After hearing from Aboriginal people and Traditional Owners the chairman admitted that Origin probably hadn’t done proper consultation with communities, and committed to revisiting their processes! A huge win.

This is just the start of a huge public campaign to make sure Origin Energy never fracks in the Northern Territory. Will you sign the pledge to be part of the campaign and build the pressure?

At the AGM, the nanas delivered their long letter signed by Traditional Owners from across Origin permit areas to the chair of the board: 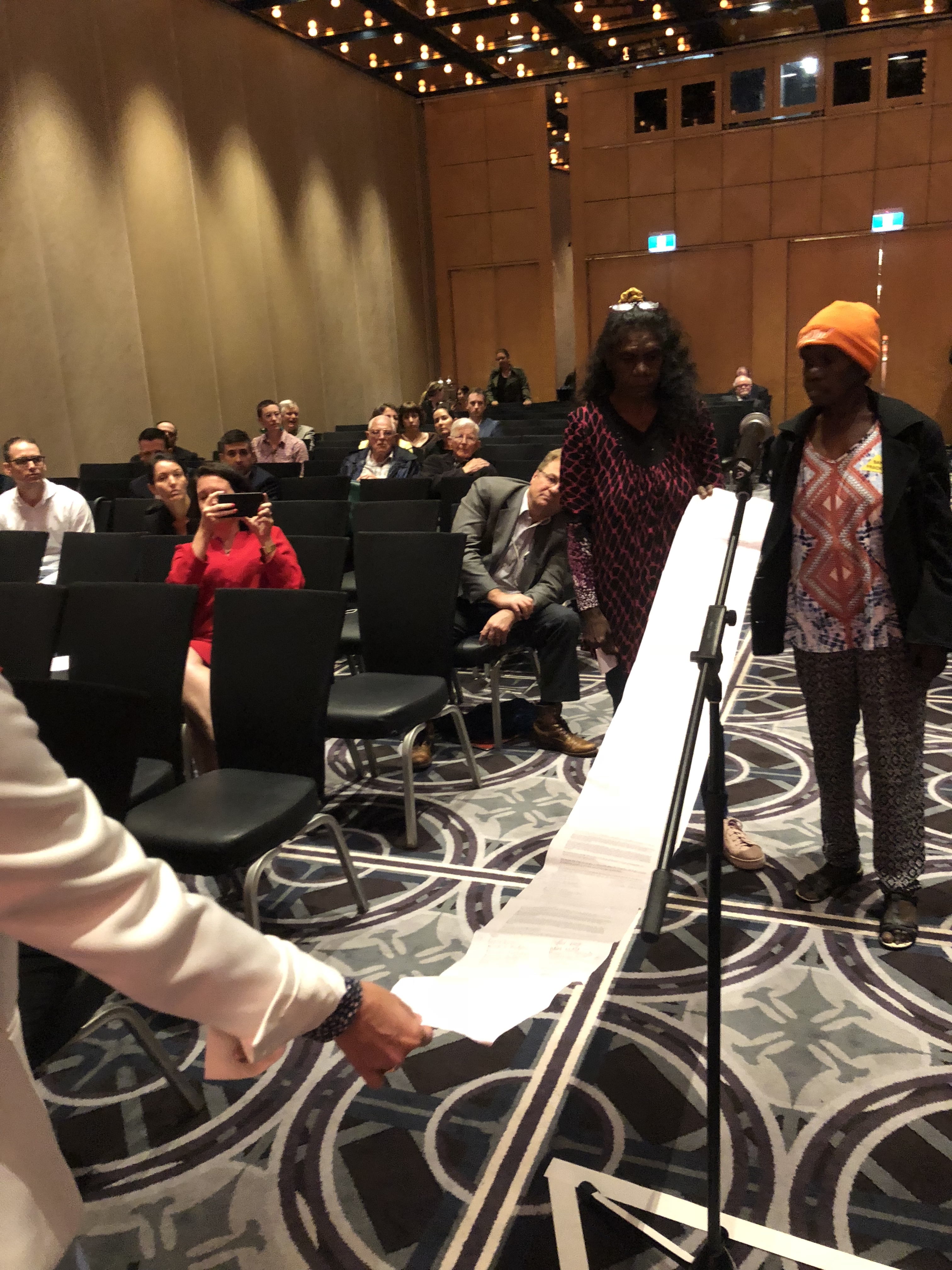 Seed volunteer Nick from Borroloola gave an incredible speech about his country and the lack of consultation, calling out Origin for failing to conduct proper, widespread engagement. May and Stephanie passionately told Origin to frack off as they delivered the long letter from Traditional Owners who’ve not given free, prior and informed consent.

And Origin are well and truly feeling the pressure. With our hard-hitting questions at the AGM, coupled with calls, emails and solidarity actions all over, they should know by now that we won’t back down until they walk away from fracking. We got their staff and board members in a flurry to release statements and comments clinging to the lie of proper consultation. But the stories of Traditional Owners speaking truth to power and demanding no fracking on their land made headlines across the continent.

It’s going to take all of us working together to take the pressure to the next level. Sign the pledge to help us show the strength of public support behind Traditional Owners and be part of this campaign.

Thanks for being part of this - I’m so excited to turn up the heat in the months ahead!

Millie for the whole Seed team

P.S. If you want to do even more to build the pressure, tweet Origin or post on their Facebook page with your message against fracking so they know this issue isn’t going away. 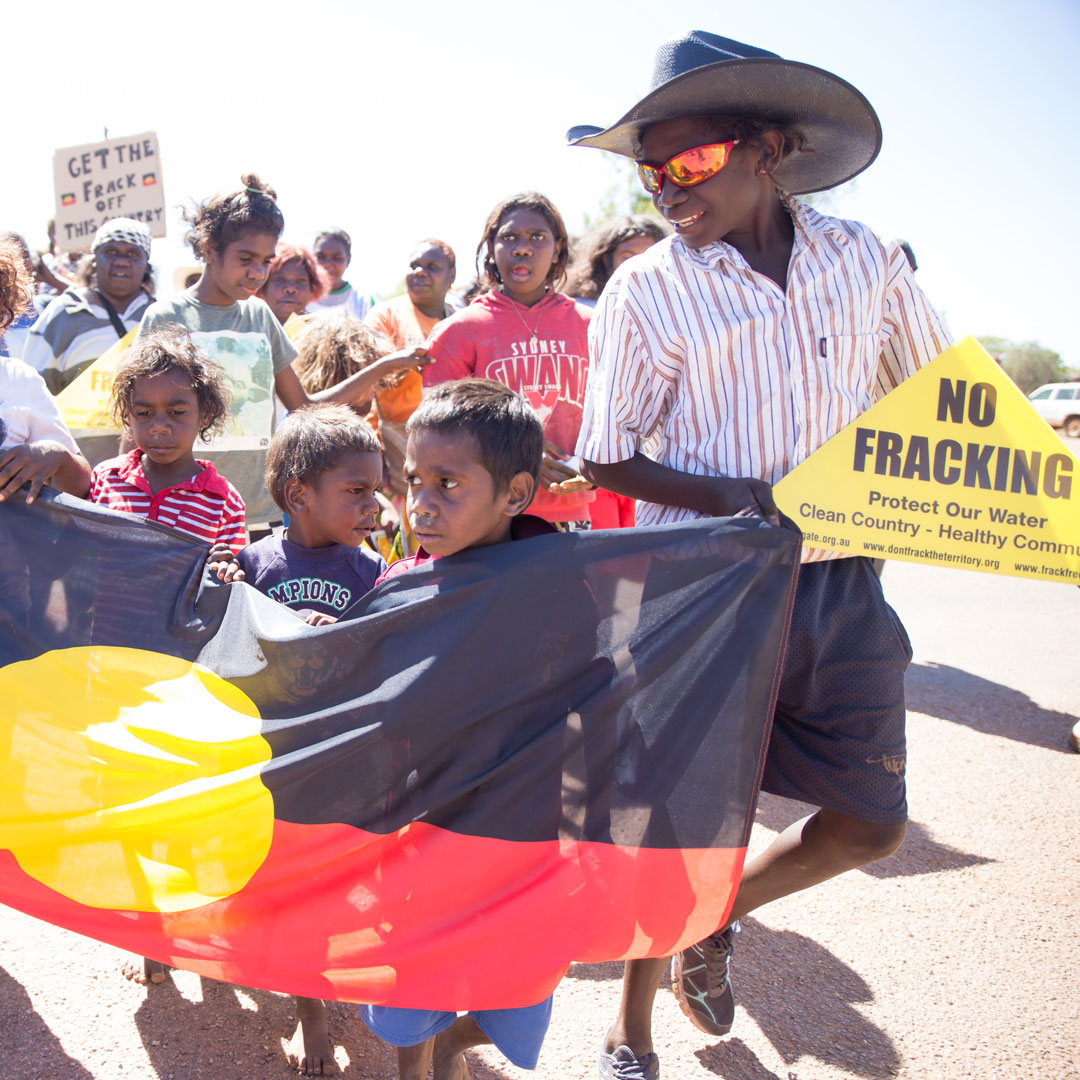 Our chance to fight back

Time and again, communities across the Northern Territory have said no the to dangers of fracking.
Read more