To make sure that Origin Energy has no chance of destroying land, water, climate and air with their dangerous fracking plans, we’ve got to work together to raise awareness, build the buzz, talk to staff and use our power.

Here are some ways that you can take action:

If you’re a customer…

Origin really values their customers - they want to grow their retail arm, they make billions of dollars a year from gas and electricity sales and want to be seen as a leader in the sector.

That means they really care what you think. You can use the “as an Origin customer I’m incredibly concerned” line as many times as you want! Next time Origin calls you about your gas bill, or an Origin worker comes to change your gas bottle or you just want to put in a complaint, drop your customer title and use it to escalate your concern up the chain.

The more staff in Origin that are hearing about dangerous fracking gasfields, the more it becomes an issue for the executive and the board.

You may also want to leave Origin for their unethical plans to frack the Northern Territory - but hold tight! Use your customer power for the next 6 months, pledge here to switch and early next year we’ll get thousands of people to leave on the same day - how powerful would that be?!

If you’re a shareholder…

Shareholders have huge amounts of power. You own part of the company! Your voice matters to the people at the top.

The best thing you can do is be the most pesky shareholder you can be by raising your concerns through phone, email, social media to ensure your money isn’t being used to destroy the NT or invest in an incredibly risky industry.

When it comes to AGM time, you can support resolutions and motions that the Australasian Centre for Corporate Responsibility moves, check them out here.

If you’re a concerned citizen…

It’s going to take a powerful movement to stop Origin from fracking the NT, so we need everyone who is passionate about protecting country, culture and climate to take regular action targeting Origin’s HQs, depots, stores, staff and brand.

Head to Origin’s social media and post your concerns about the impacts of fracking on our climate, land rights, water, air and land. Here’s their twitter, facebook (you can’t comment on their Instagram anymore but you can tag them in photos! @originenergy)

Call their phone line to complain. You might have to stay on the line for a while and you’ll get passed around to various people while they work out what to do, but it’s a great opportunity to make Origin feel like this issue is not going away until their drop their fracking plans: 13 24 61

In a few weeks, we'll launch #FrackOffFridays in Adelaide, Sydney, Brisbane and Melbourne to talk to Origin staff about the dangers of fracking in the NT. If you've pledged to be part of the campaign, we'll send you more details soon! 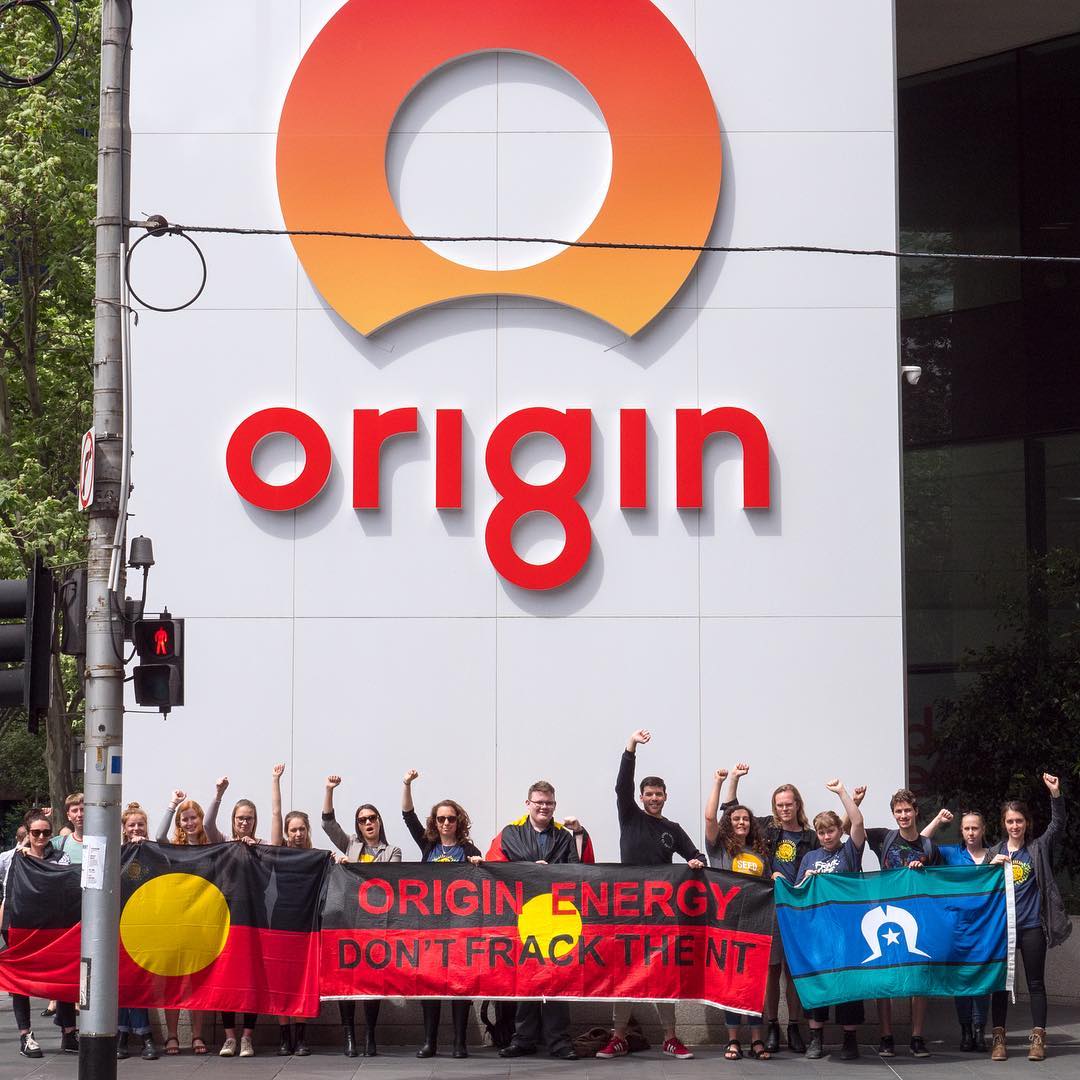